Long Island, NY – There are some people when you see them or hear them for the first time, you know they have “it.” Kyla Carter is one of those people. After being interviewed on The Mark White Show in May, host Mark White was awe struck with Kyla’s remarkable talent. Seeing an opportunity to showcase Kyla’s talents, Mark asked Kyla to join him on TMWS. With the foundational message of “Living Life Sunny Side Up,” Kyla’s encouraging and inspiring messages are a hit with all ages. At just 13 years old (Kyla will be 14 in August), Kyla has a way of sharing a positive message that makes the listener feel what she is saying and easily relate. Kyla’s experiences give her a unique perspective at a very young age. Working hard everyday to reach her goals, Kyla is a dedicated and committed actress, singer, and musician. With her songs incorporated into TMWS, listeners have an opportunity to hear Kyla’s amazing voice in every episode. Already being heard through TMWS podcast and Radio Alabama’s KIX 96.3 FM, it was announced yesterday that TMWS would be added to WTKI Radio 105.3 FM/1450 AM, a station based in Huntsville, Alabama, in August. As part of that expansion, Kyla’s segment called, “Kyla’s Korner” will be added to the daily lineup with plans to add her segment to Friday’s programming. Currently, Kyla’s Korner can be heard every Saturday at 10 a.m. CST/11 a.m. EST on The Mark White Show via Facebook, Instagram, Twitter, and podcasting sites such as Apple iTunes, Audioboom, Stitcher, Spotify, SoundCloud, and Blubrry. Make your plans to tune in and remember to “always live life sunny side up!” 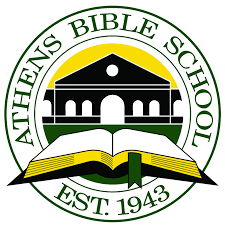